People usually prefer guinea pigs and rabbits as pets, and they are popular, but you may be asking which is the best. Both have advantages and disadvantages. You should know about guinea pig vs rabbit which one will be the best fit for you. 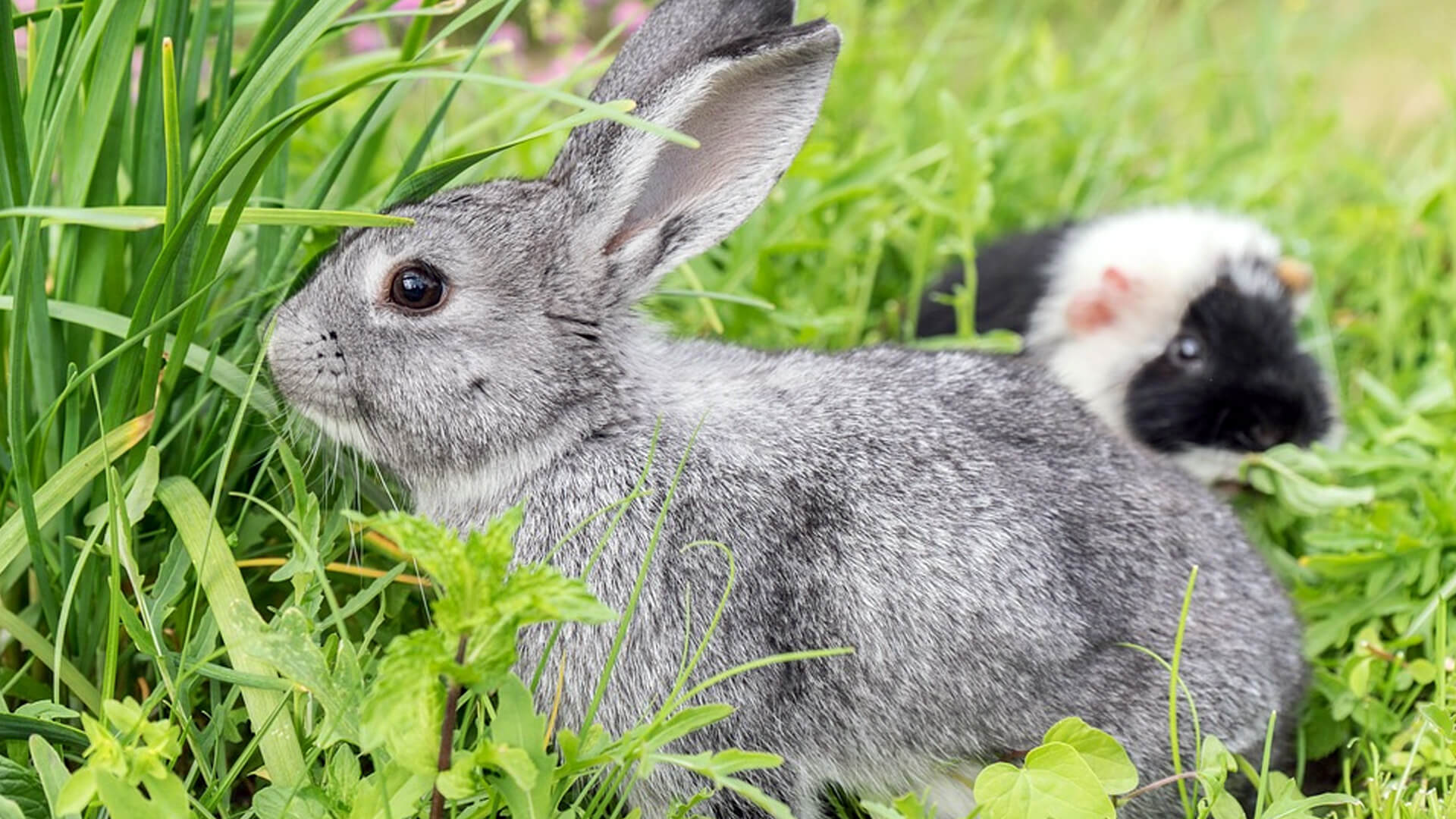 The first question you may have while selecting the ideal pet for you is how many years of fun you can expect from them. It is an excellent question, but the answer depends on whom you ask. So be wise while selecting your pet because, after some time, your pets become your family.

How long does a guinea pig live as a pet?

It is crucial to remember that a guinea pig is not like a rabbit. Many pet owners are unaware of the differences and believe that these animals have similar life spans. They are, however, vastly dissimilar! 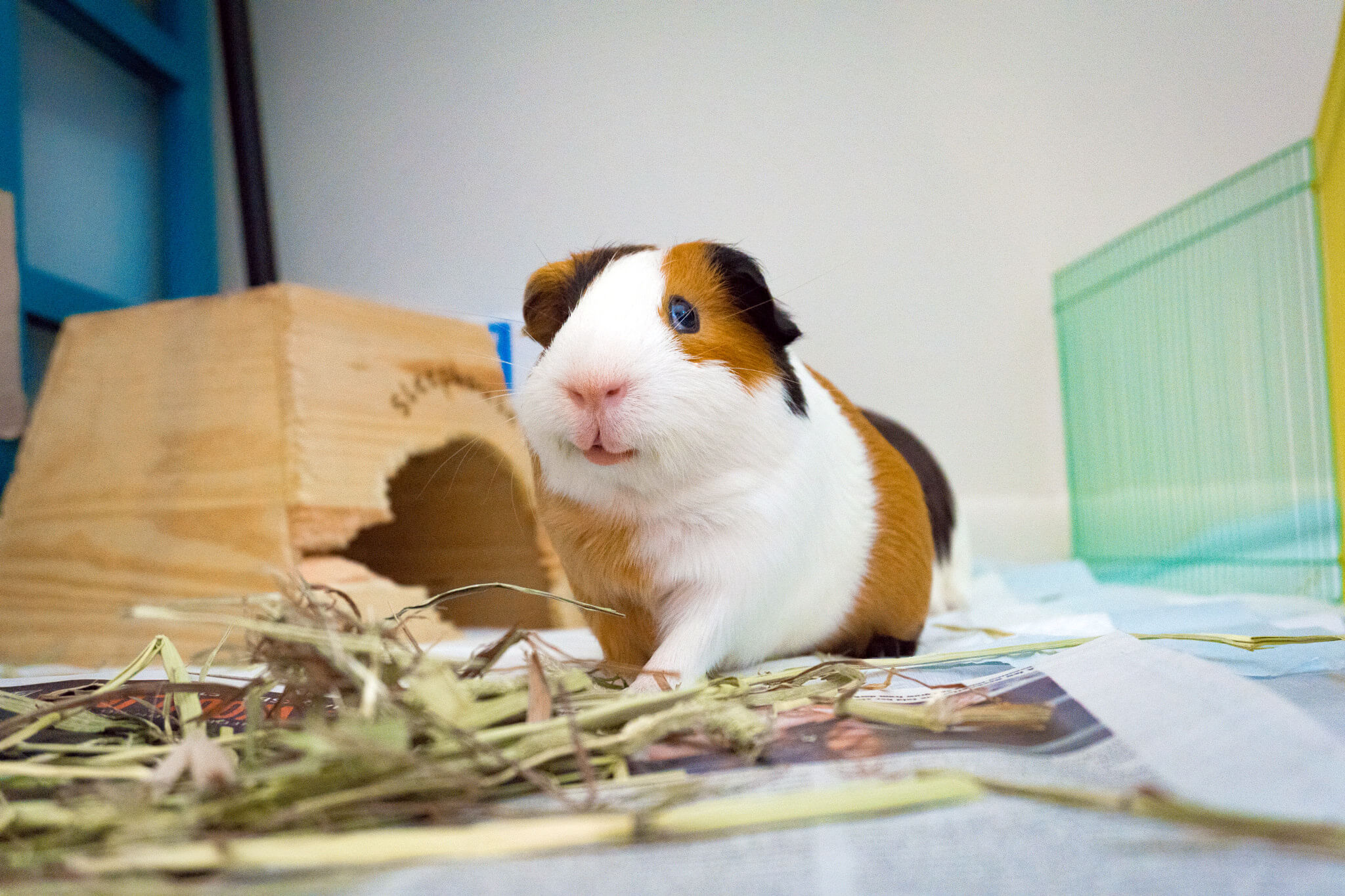 A regular rabbit can live for two to three years, depending on how they are treated. There are many breeds of rabbits, determining how long they survive. On the other hand, Guinea pigs live far longer and reach much greater heights.

Know about the comparison between guinea pigs and rabbits 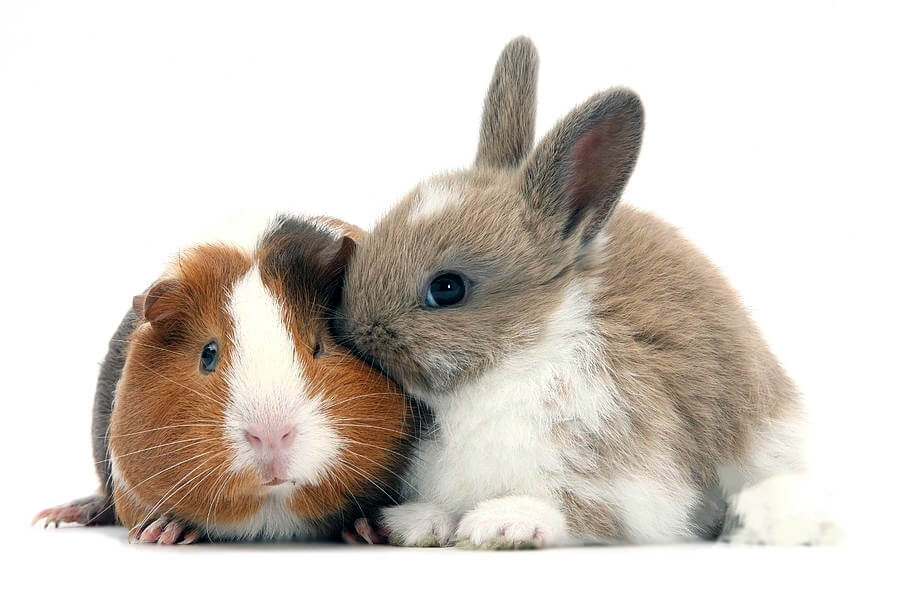 Guinea pigs prefer to live in pairs. These rodents are popular since they are rarely aggressive and enjoy interacting with their owners. Guinea pigs get excited when their owner walks into the room and wants to play. They also enjoy the company of their guinea pig pal. 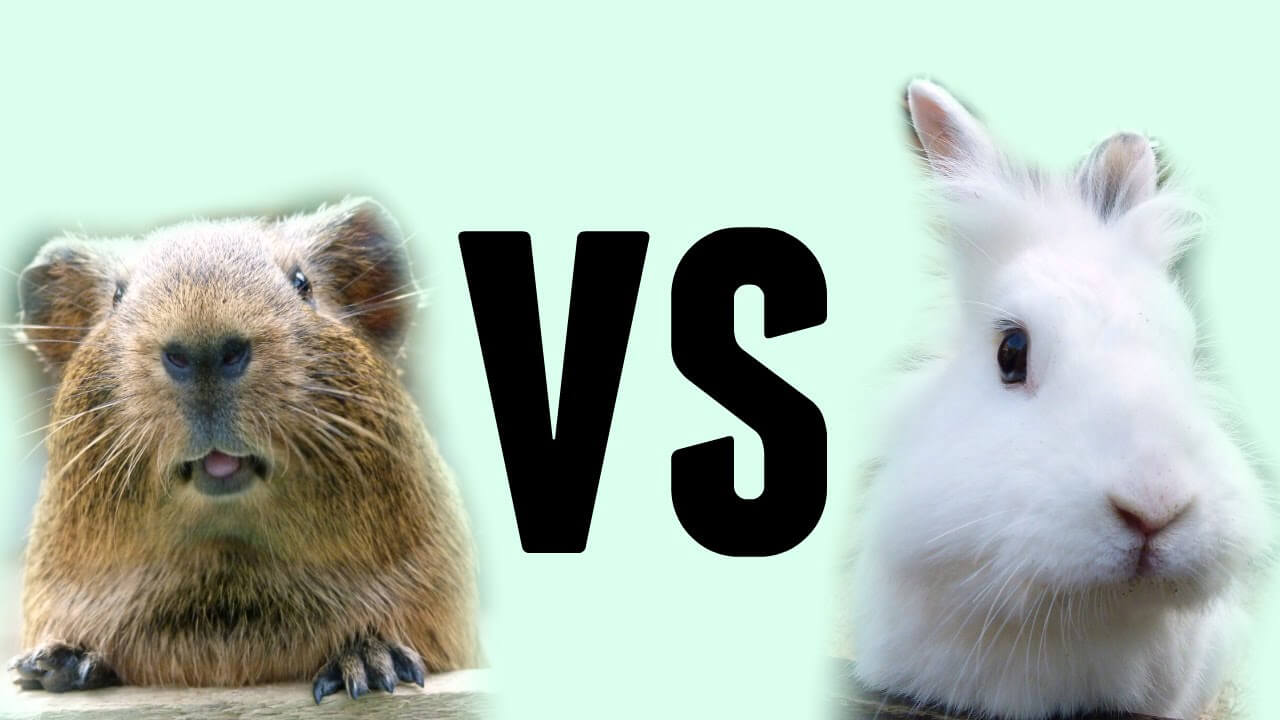 Guinea pigs are smaller and take up less space than rabbits. They are ideal for elementary school students who have mastered hamster or other small rodent care and socialising procedures. Guinea pigs are busy day and night, and they sleep in shifts.

They live for five to seven years on average. Rabbits are intelligent animals that can live for ten years if maintained inside.

It is difficult to choose between rabbits and guinea pigs. Litter box training is possible with these beautiful companion animals.

They can roam around your living room like a dog or cat with supervision. Rabbits are available in various sizes, with most domestic breeds measuring less than 4 pounds.

What are the Differences between Guinea Pigs and Rabbits?

Knowing about both rabbits and guinea pigs can help you make a better decision. The more guinea pigs you have in a cage, the more you will have to clean it.

Another issue is that despite the ease of litter box training, unsprayed or neutered rabbits may be more likely to mark their territory. Guinea pigs and other small rodents take up less space than rabbits. And they are primarily active at night.

How do you choose between guinea pigs and rabbits?

Guinea pigs and rabbits are both excellent pets. Although a guinea pig is willing to stay in his cage with his friends till playtime, rabbits, like cats and dogs, prefer to be outside as often as possible.

Rabbits and guinea pigs are increasingly popular as more people understand what beautiful companions these incredible little herbivores can be.

While the daily care of both animals is similar, each animal has its own set of characteristics and considerations. It is critical to think about guinea pig vs rabbit1 or which kind of rabbit or pig fits your preferences and lifestyle before bringing one home.

Let’s look at some characteristics that distinguish rabbits and guinea pigs and considerations for both species.

A guinea pig has the advantage of being awake during the day if you have minor children. Small children, on the other hand, may bond better with rabbits.

Before settling on a pet, weigh the benefits and drawbacks. To choose between rabbits and guinea pigs, the answer depends on your family’s needs.

Know about the signs of a guinea pig dying?

Like other pets, Guinea pigs can disguise illness symptoms, and by the time you know they are sick, they could be dead. Guinea pig owners should be aware of the signs of dying Guinea pigs to keep their pets safe.

The indicators that a guinea pig is unwell and dying are common across many types of health concerns, regardless of the ailment or medical condition.

If you notice any of these symptoms in your Guinea pig, visit a veterinarian right once. A Guinea pig suffering from a significant medical issue can die within 24 to 72 hours, so keeping an eye on your cavy’s behaviour and habits, as well as acting fast, is critical to keeping your cavy healthy.

If a guinea pig is very ill, it will refuse to eat and may exhibit signs of weight loss if its hunger is lost for an extended period. The Guinea pig may also refuse to drink water, which can swiftly result in dehydration.

Noticing the differences in the behaviour of your guinea pig is spending time with them so you can spot the irregular behaviour, which could end up saving them.

Problems with the lungs

Any breathing difficulty in your Guinea pig could indicate a significant problem. Wheezing, panting, strained breathing, coughing, and sneezing are examples.

Urine and feces that aren’t good

Watery diarrhea and blood in the stool and urine are two common severe sickness and mortality symptoms in Guinea pigs. Study in detail about rabbits and guinea pigs for taking better care of your guinea pig. Urinating or defecating with difficulty is another indicator that your Guinea pig may have a urinary or intestinal obstruction or kidney disease and need medical attention.

Condition of the eyes

When a Guinea pig is unwell, a crusty substance forms around their eyes and, in some instances, their nasal passages.

You can also notice the differences in the eyes of the guinea pigs as they will be hazy and dull, and they may even appear sunken. If they have conjunctivitis, a frequent ailment in Guinea pigs, you may notice swollen eyes with a discharge.

Your Guinea pig may be unwell if they have problems moving and show signs of pain in the form of limping or a lack of coordination. Another symptom of pain and illness is if their posture appears to be “hunched over.”

Everyone loves their pet. If you are a Guinea Pig lover, you must know about can Guinea Pigs live ten years?

The average lifespan considered for a guinea pig is between five to eight years, though very well-cared-for and rabbit animals might live for ten years or more.

This is significantly longer than other small mammal pets such as hamsters, mice, and rats but substantially shorter than dogs or cats.

The number of guinea pigs is most likely due to their size; larger mammal species live longer than smaller ones. 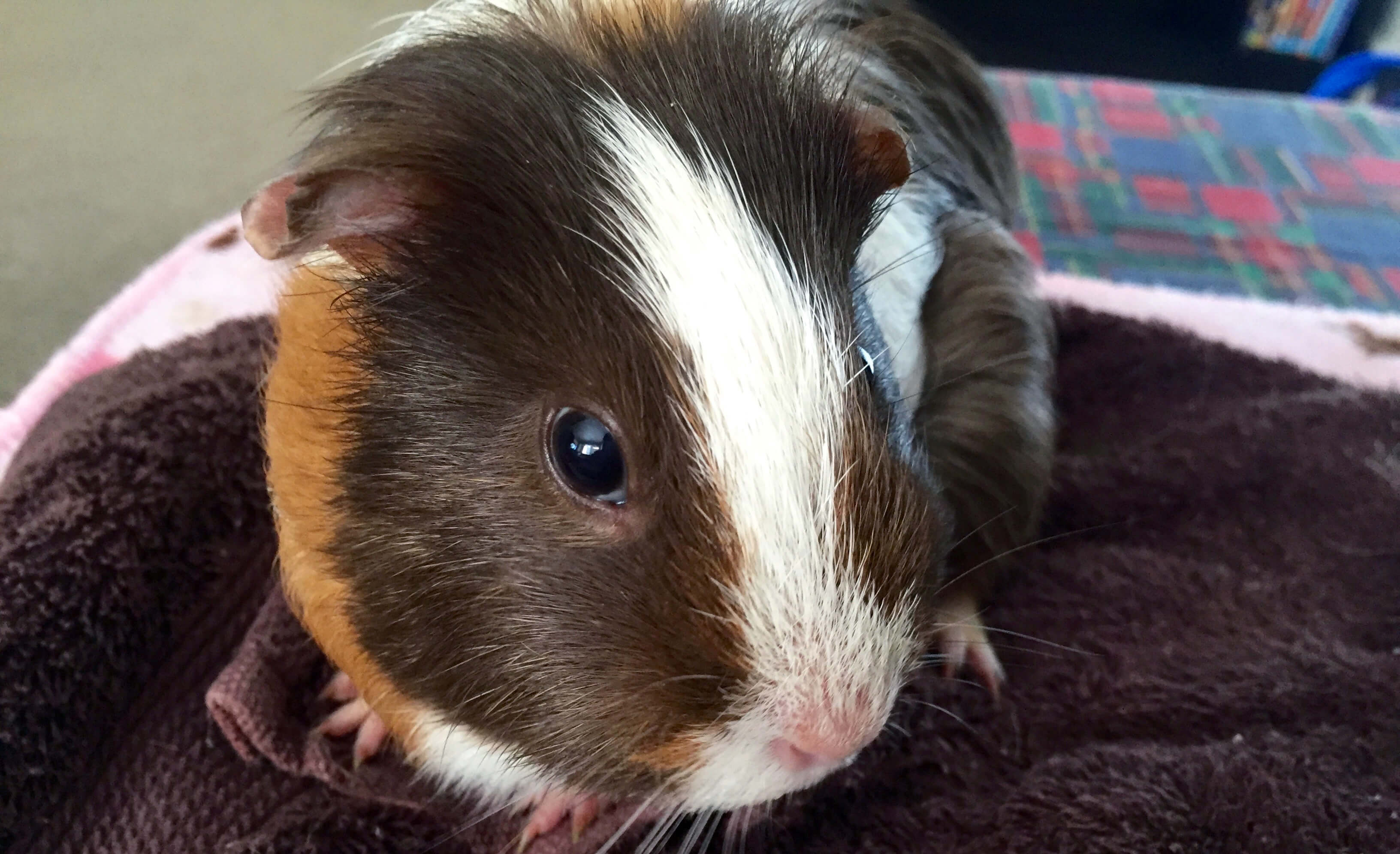 Guinea pigs are a great alternative if you prefer smaller animals yet spend more time with them.

However, this implies that they require a greater level of dedication than other tiny mammals if you desire a guinea pig but are not sure if you will be able to commit to at least a half-decade of pet ownership.

Are Guinea Pigs easy to take care of than rabbits?

Guinea pigs are simple to look after. They require hay, freshwater, fresh vegetables, and a tiny bit of pelleted guinea pig chow as a daily vitamin C supplement. There are not so many differences between guinea pigs and rabbits.

Guinea also requires a spacious cage with paper-based bedding. The cage should be cleaned daily and entirely once a week. They will be fine if they get some daily attention.

Know about every detail you need to know about maintaining the health of your guinea pig and rabbits. 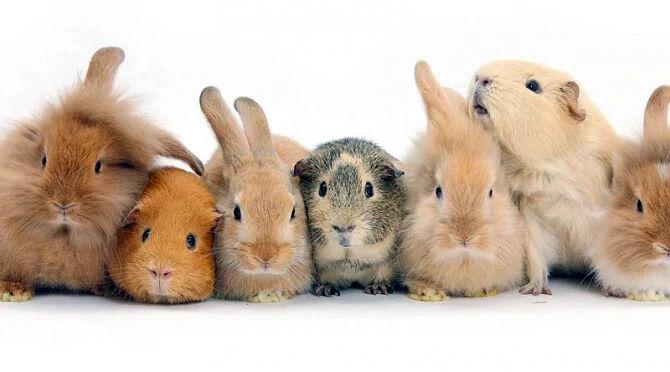 The lifespan of a guinea pig is significantly longer than other small mammal pets such as rabbits but substantially shorter than dogs or cats. The higher lifetime of animals is most likely due to their size; larger mammal species live longer than smaller species.

The essential requirements for a guinea pig’s diet include an endless supply of hay, vitamin C-fortified pellets, and fresh vegetables every day.

Guinea pigs can avoid catching scurvy caused by a deficiency of vitamin C and enlarged molars by eating these basic needed meals. Fresh vegetables, fibre-rich pellets in limited quantities for adult rabbits, and freshwater should be added daily to your rabbit’s hay.

Another essential requirement for guinea pigs is to provide enough space to thrive. Many cages sold at pet stores do not meet guinea pigs’ basic minimum space requirements.

Guinea pigs are a great alternative if you prefer smaller animals yet spend more time with them. However, this implies that they require more extraordinary dedication than other tiny mammals.

If you want a guinea pig but are not sure if you can devote at least half of your time to it, then as advice, you should not have one. Rabbits can get easily bored.

They require not only the physical room but also cerebral stimulation. Rabbits love cardboard castles because they spend hours gnawing on new windows and doors.

When the rabbit needs a quiet place to hide, cardboard castles come in handy.

Just as in human beings, the lifespan of any individual guinea pig is partly due to genetics and partly due to their environment. While every guinea pig has some health issues that limit its lifespan, you can still take steps to ensure that your pet lives the longest and happiest life possible. Follow these steps to get started:

You should always keep your guinea pig’s living space clean and fresh as they will eat and excrete their waste simultaneously.

Give your guinea a friend.

Guinea pigs are adorable and social animals, and they need lots of interaction every day to stay happy and healthy.

Guinea pigs can get sick or wounded. Standard veterinarians may not be familiar with guinea pigs, so it’s a good idea to find a small-animal vet in your area for frequent exams and emergencies.

Many breeds of guinea pigs have longer fur. These animals need at least weekly grooming to stay healthy and avoid matted hair. Using a metal wide-tooth comb can help you remove

If you are planning to keep rabbits and guinea pigs together is never a good idea. They are both extremely friendly, yet they like to be in the company of their kind.

If you have rabbits, maintain them in neutered couples or small groups, and guinea pigs should be kept in a small fixed group one neutered male with a few females is ideal.

You may have previously seen rabbits and guinea pigs maintained together in pet stores, so learning that they should not be kept together may come as a shock.

If they are kept together, though, it can make both species miserable. So you need to know which pet will be the best suit for you.

Guinea pigs make a distinct wheeking or whistling sound when anticipating a favourite treat or when they need attention. While guinea pigs may be nervous or shy initially, they usually become domesticated quickly with constant, careful handling.

If you want to keep guinea pigs or rabbits as pets, you should carefully handle them, and children should be supervised with them, but they are unlikely to bite even when stressed.

Guinea pigs and rabbits are adorable sociable creatures that will undoubtedly brighten the lives of anyone willing to take time and effort to care for them.

These animals believe they are good beginner pets, which they are not, as they demand a significant amount of work and care daily to have a healthy existence.

So, before you decide, make sure you are fully aware of the commitment you will be making if you are planning on getting a guinea pig or a rabbit.

Get Planet Pet top blog posts in your email 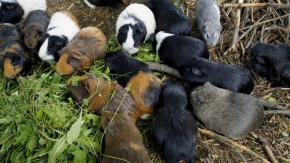 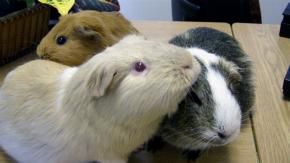 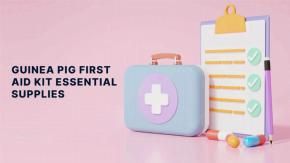 Get the best deals! Hear first about our exclusive offers and pet care advice.

Tell us about your experience